Reels are the hot new trends among creators across the world. The short video feature, introduced by Instagram recently in many countries, has been a new creative outlet for influencers to show off their skills, increase engagement, and reach.

While many influencers and content creators have been getting hundreds of thousands of views, that’s not the case with everyone. It has been a mystery for viewers and creators alike that some reels get millions of views and are recommended many times while others never even make the list.

For all creators out there, we would say, don’t feel disheartened or cheated and start blaming the social media platform for favoring some influencers over others. Instead, let’s try to understand how to get your reels to rank among the top suggestions.

Today we try to understand how Instagram works. What makes reels worthy of being in the suggested section and some interesting facts to help you get a better picture of the mechanism of the short video feature.

There are clearly a lot of misconceptions about Instagram algorithms and a lot of mistrust as well. Creators don’t seem to decide the factors that make a post worthy of the user’s feed.

One common misunderstanding about Instagram algorithms is that there is just a true algorithm that assesses every post, reel, story, and explore. This is a myth. According to Instagram itself, they use a set of algorithms, processes, metrics, and classifiers to determine what people will see on the app. Instagram aims to create the most personalized experience for its users with the right combination of technology to enjoy their time on the app.

Also Read: How To Grow Your Local Business Through Digital Marketing?

Earlier, when Instagram was just a picture posting app, it also had fewer users. It has evolved into a giant with multiple features where the old methodology to create users’ feeds based on chronological order is no longer relevant. Users would end up missing most of what they want to see with the earlier algorithm.

Now Instagram algorithms try to understand what you like the most and then show those posts on top of the feed. Different algorithms govern the normal post feed, stories, explore, and reels section. As the purpose of the features varies, so does the algorithm. For instance, in the post, you want to see what your favorite creators and close friends are up to, while in the explore section, Instagram tries to show posts from new accounts which you haven’t interacted with before.

Instagram reels work a lot like explore. Mostly what you see are from the accounts you don’t already follow. The major attribute Instagram uses is how entertaining the reel is? The feature is mainly designed to keep users entertained and thus engaged for a longer time on the app.

For the first time, Instagram curates a reel feed they think you might be interested in. then they order them as per what will entertain you the most. Some of the key indicators used to rank reels are – user activity, history of engagement with a particular account, the content of the reel, and who posted it.

Instagram mostly focused on small creators to encourage them with more engagement and exposure. However, other elements that are also important about a reel are the audio used in it, video frames, and its popularity.

Also Read: Key Engagement Metrics of Social Media and How to Increase Them

An alternative to TikTok

Before we move on to the statistics, it is important to understand how Instagram is similar to the short video giant TikTok. Before Instagram released the reels feature, all the Genz and millennial users were hooked on TikTok videos. There is something about short fleeting videos that we humans can’t get over with. And that is what makes TikTok so successful and popular among all age groups.

If TikTok were to disappear tomorrow from the internet, almost all its users would flock to Instagram reels for similar feels. This has happened in many countries where TikTok is permanently banned, including India. On June 29, 2020, India banned the app in the entire country. So when Instagram launched reels for its Indian users, they were the first to make the switch.

Although, unlike TikTok, reels are a part of the Instagram app. The videos are not easily available to watch on TikTok, where you have to tap on the icon once. However, one positive for Instagram is that most creators have a strong presence on the app and so scaling reels will not be an entirely new task.

We would say that for countries where TikTok has a vast user base, it will be difficult for Instagram reels to beat it.

We always seem to discard something we don’t understand. Unfortunately, this is true in life and marketing as well. However, Instagram reels are not super hard to grasp. With a bit of experiment and creativity, you can create reel videos that your audience will love to see.

If you want some help with your Instagram reel strategy, get in touch with our social media marketing team to scale your influencer career with more reel views, comments, and likes. 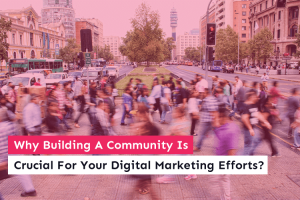 Why Building A Community Is Crucial For Your Digital Marketing Efforts? 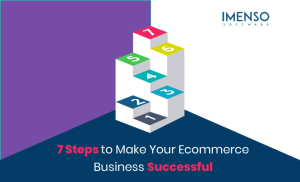