Python vs PHP – Which One is Better? 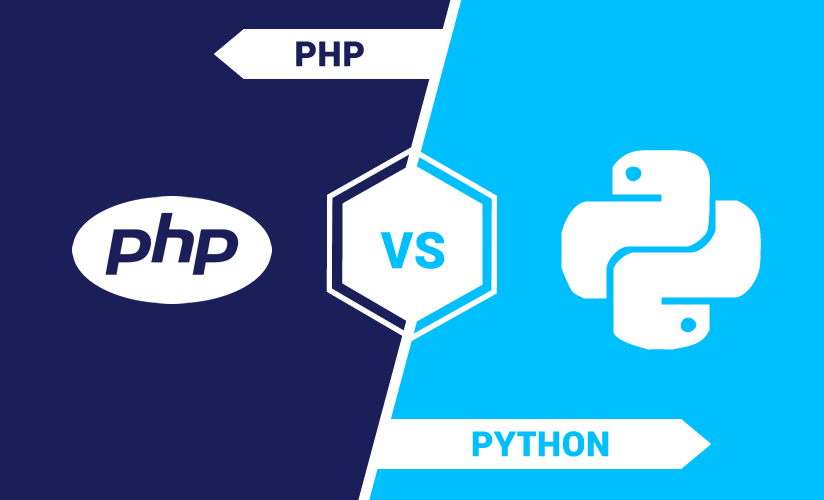 Due to the fact that pretty much every business now needs an online presence, they also need those who can work with back-end development. This is as true for working with mobile apps as it is with websites. This makes those who have the skills necessary to work with programming tools like Python or PHP in great demand. Here we will help those wanting to get started to understand the differences between Python vs PHP.

When someone is just getting started as a developer, they are often unsure exactly which programming language would be the best when working with a back-end framework. They each have their positive and negative points, and several of them have good features, frameworks, and libraries, and this makes it challenging to know which one would be best to get started with. Since two of the most popular languages for this type of work are Python and PHP, we will do a comparison of these.

How Do These Languages Perform In Comparison?

When getting started, one of the big points would be which one is easier to learn. Most people would agree that Python is considerably easier than PHP. This means that for most new developers, Python will be a better choice to get started. In fact, this particular language is so much easier than many others that it is the language of choice for most starter courses that teach programming. The programs that someone will start off writing in this language will be easier and shorter than they would be with other languages. The code is more readable, and the syntax is simpler.

PHP was designed to be used in many different situations and as a general-purpose programming language. It has a high level of sophistication, but this means that it will take longer to learn. There are quite a few beginner programmers and developers that try to start with PHP and find that it’s too complicated. In fact, when someone learns a more comfortable language like Python, then after gaining some experience, they find it easier to learn a more complex language like PHP.

The community that serves developers working with PHP are trying to offer enough support. However, because Python is so much easier for beginners to learn, it is usually the best choice. Very often, someone just getting started in the field finds that it’s easier when they choose the right language, to begin with.

How Well Are These Languages Documented?

Is There Any Cost Involved With These Two Languages?

How Do They Compare In Speed?

Some of the old versions of PHP were pretty slow, but the newer versions are very fast. The newest versions are much faster than a usual Python program. For some applications, performance is critical. If a site gets hundreds of thousands or millions of hits every day, they then have a faster program could impact overall performance. For that reason, PHP wins by a fair margin when it comes to speed.

Which Of These Has Better Library Support?

Python comes out a clear winner over PHP when it comes to library support. Its Library support is very well-developed for pretty much every application. Big organizations are using some of the machine learning applications provided by Python. Python has come out with several that are excellent. They are fast, and most are very easy to use. They can integrate easily with a web framework.

Which One Is Better At Debugging?

Both of these programming languages have substantial debugging capabilities. Neither one of these stand out from the other or is a clear winner. PDB is the debugger Python uses, and XDebug is what PHP uses. They both work very well.

When considering which of these languages to get started with, it is crucial to understand that both are very strong.  Each of these languages can be very useful in a wide range of applications. They both have very large and involved communities that can help someone who is just getting started. A developer will be in high demand regardless of which of these they choose to start with.

The most significant consideration that a new developer might consider, however, is how difficult the language will be first to learn. Python has such a wide range of applications and is considerably easier to learn than PHP, and that is why many people consider it to be the best first language to start with. After a developer gains some experience, then they may well want to add PHP web development to their skill sets.
If someone has already gained some experience with PHP, then they should stick with it until they are a true expert. A big mistake that some people make is to jump from one program language to the next. They get to be a basic user of a particular program language, and then they move on to the next one. Some developers seem to think that if they know a little bit about several languages that it will make them more valuable.

If someone hasn’t learned any programming language, then Python is by far the easiest get started with. If, on the other hand, someone has already started with PHP and they have a basic understanding of using that language then it would be better for them to continue learning to be more of an expert with it then to jump to another language. In the end, both of these languages will be very useful for a programmer or developer to learn.