In the late 1900s, the conversation used to flow around every party’s favourite programming language. C, Lisp, Pascal? You’d name a programmer’s most preferred coding tool, and they’d willingly offer one argument after another to convince you why their particular choice stood atop all others.

Today, however, the most intriguing debates run around frameworks. The battles around structure and syntax have subsided. The now-prevalent dilemma lies in choosing a software package whose architecture suits you best.

And, that’s where the question took roots- on the PHP framework list, which one is your darling?

Since I can’t possibly present the case for all available candidates, here’s one each for the four most prominent PHP frameworks you’ll find in the market currently.

The first Laravel version came out in June 2011. Taylor Otwell, the creator, was trying to develop a better alternative for the PHP framework CodeIgniter. Soon after, as the new and improved versions came out, the open-source web framework took over the PHP development scene.

Laravel 5.6 was announced in February 2018. And, it still enjoys being one of the favourites of web developers across the globe, especially in the first-world countries.

Laravel is flexible. It’s rich in features and tools. It’s continually updated. And, resultantly, it’s quite the popular choice. 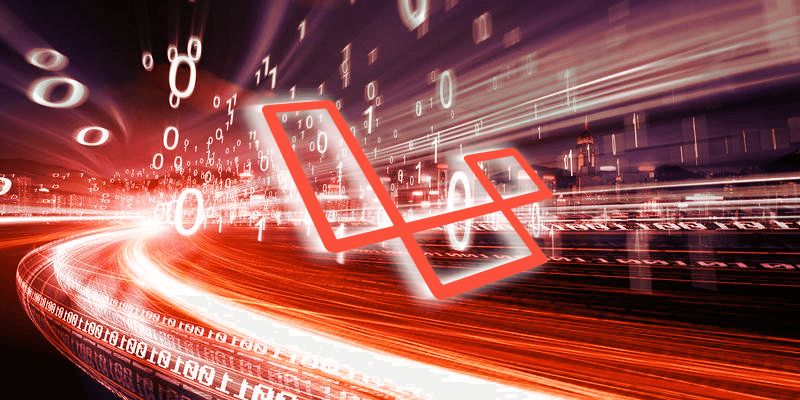 There’s a lot that contributes to this favorability, like the expressive coding that the framework offers. As it follows the MVC filing structure, it also carries sophisticated tools like Artisan (the command line tool) and Eloquent. The former allows easy creation of models, controls, queues, commands, and task scheduling. The latter simplifies database interaction a great deal.

The Best API Support Out There

In the Codeigniter vs Laravel vs CakePHP vs Yii battle, Laravel takes the cake for the one with the most advanced support for out of the block APIs.

You get Lumen, an elegant micro framework, that is fully compatible with the Laravel core. You can integrate it into the Laravel MVC stack, use Eloquent and other models from Laravel inside Lumen, and utilise authentication middleware as well as built-in oAuth 2 functionality.

PHP is considered exceptionally easy to upgrade, test, and deploy. Possibly reflecting on the same, the recent Laravel releases have extracted almost all support for PHP versions under 7.

If you compare the development service charges of Laravel with that of CodeIgniter or custom PHP, you will discover that the former is costlier than the latter. Of course, the catch lies in the fact that Laravel projects are purer examples of strong MVC than that of the other two. And, they are less likely to cause engineering issues in your final product after a few years of use.

Since CI is loosely modelled on the MVC development pattern, you’d come across many developers who prefer to call it an organised collection of POPOs than a PHP web development framework. And yet, For a long time after its inception in 2006, CodeIgniter was considered the best PHP framework for large-scale applications.

Rasmus Lerdorf, the creator of PHP, once said in 2008 that he liked CodeIgniter because it looked the least like a framework yet was the fastest and lightest among all others. It’s easy to operate. It can be modified to use Hierarchical MVC. And, since it only mandates controller classes while keeping models and views optional, you are free to let go of the added separation or complexity if you need to build a minimal application.

CI remained the first choice of web developers working with PHP for a long time. Owing to that, there is a large community online dedicated to the framework. The built-in CodeIgniter functionalities, handy guides, and third-party libraries are very well-documented.

CodeIgniter has somewhat limited database support. But, you do receive default relational databases like MySQL or PostgreSQL. And, it comes with its own ORM tool. In the name of API support, CI 2.0 offered a new base_controller named as Rest_Controller.

CI lets you define the routing criteria you need by using Regular Expressions or wildcards. It allows the creation of multiple application sets which can share a single CodeIgniter installation. It also offers an ‘auto-load’ function to automatically initialise classes, helper files, custom config files, models, and language files.

Since there is no template engine and mostly pure PHP code, CodeIgniter is not only very easy to use but also facilitates simplified learning. It’s the perfect framework to begin with, even when you don’t know much about MVC architecture. It requires minimal configuration.

For a long time, CI was stuck in the 2.0 version because of lack of resources to develop it further. CodeIgniter 3.1 brought in refinements like encryption, database improvements, and session handling. It’s compatible with PHP 7+ versions with not many notable bugs to complain about.

CI 4 is currently in the pre-alpha 1 phase. Once released, it is expected to modify the PHP framework such that you’d see it competing on the same platform as Laravel and Yii.

There is no Composer support. You’d find that getting third-party libraries for a few particular databases in CI is harder than you anticipated. You’ll probably end up copying and testing files manually.

Before Laravel and CodeIgniter, even before CakePHP, there used to be PRADO, an open source, event-driven, object-oriented, component-based PHP framework. PRADO was criticised soon after its inception for its inability to handle high-traffic, high-performance instances.

Yii, meaning ‘simple yet evolutionary’ in Chinese, was created as a conceptual redesign of PRADO in 2006. While Yii was conceptualised at the same time as CodeIgniter, it was formally released in 2008. A second stable version was unveiled in October 2014.

Yii is about two decades old. The bright side to such an old framework is the abundance of documentation and tutorials available online.

Yii lets you utilise different relational databases like SQLite, PostgreSQL, Oracle, MySQL, etc. You get built-in operational support for ActiveRecord ORM. And, it’s relatively easy to use third-party packages in case you find yourself working with MongoDB or Microsoft BI.

Yii has worked hard to provide API routes, quick settings, JSON data inputs, and oAuth2 support. The only possible glitch you may face would be how the API looks more like an add-on than a built-in option.

In addition to a layered caching scheme, Yii also provides error logging and handling, Selenium and PHPUnit based functionality and unit testing, and XHTML standard compliance. Even though it doesn’t offer a default templating system, it lets you use third-party ones like Smarty and Twig with ease.

You have the Gii tool which facilitates automatic code generation for CRUD and skeletal applications. Gii supports the GUI interface as well as command line. You can include code from the Zend framework or PEAR, and the Yii design will work fantastically.

It also supports all PHP versions after 5.4 and app localisation. It also backs up out of the box client form validation, something Laravel doesn’t offer as a default feature. Yii also follows the MVC approach quite strictly. The naming conventions are equally well-strung.

Yii had stuck with its version 1 for two years and with 1.1 for another four years before it came up with the more stable and functional Yii 2.0. While that journey was ponderous enough, future updations for the PHP framework have been stuck in a loop of their own making.

The peak popularity season for Yii came around when it sent out its version 2.0. Since then, the usage only seems to have declined for this particular web development framework. Plus, just a few websites which were developed using Yii are currently on the lookout for an updated version while most have either already shifted frameworks or are in the process of doing so.

It has been around since 2005. It was written by Michal Tatarynowicz, a Polish programmer, as a minimal RAD version in PHP. It was inspired from Ruby on Rails and had become one of the most coveted PHP frameworks by 2009.

CakePHP transitioned from ‘very much in-demand’ software to ‘quite popular’ to ‘slightly downgraded’ to ‘respectable again’ in its two-decade-long life. It’s version 3.4 is considered a solid PHP framework, yet faces a dilemma of use, considering the advanced options like Laravel that web developers have.

CakePHP is often called one of the most comprehensive PHP frameworks because of its seamless configuration. It encourages the practice of creating reusable code with the help of robust plugins, components, behaviours, and helpers. It provides improved interoperability and has a lot of speed to offer.

YCakePHP follows a methodical approach quite strictly. The naming conventions for files and databases are equally impressive. And, it dramatically simplifies database access.

You get a built-in ORM, more relaxed and simpler query building, and painless interactions with CRUD operations. You are allowed to pre-define callbacks in CakePHP. The version 3 also supports a PHP Package manager.

CakePHP framework can auto-detect all necessary settings at the time of configuration. It carries built-in validation feature. And, you won’t have to fret over specifying library locations. Except for database settings, every other part of an initial installation is automatically taken care of by the software package.

CakePHP claims to test each application concerning all of their critical and fragile points. In addition to the core tests, you can create custom tests as per your requirements. It not only makes debugging easier but comes in very handy when you’re building a large application with different layers.

Because of the long history of over twenty years that CakePHP has lived so far, you’d easily stumble upon several tutorials online. Plus, since it supports Composer, you can also add third-party libraries without any trouble.

CakePHP in undergoing constant developments as we speak. This PHP framework follows an active release timeline on GitHub.

All CakePHP releases post 3.0 are compatible with PHP7+. The version 3.6.5 is the latest and was released in June 2018. It brought modifications around deprecation warning texts, auto-discovered shells, and Pagination metadata.

It’s been created with an unnecessary layer of complications that, as you may find, often put off web developers. The one-way routing tends to create problems.

If you are planning to use a NoSQL Database, you’d need third-party libraries to make it work.

If you wish to create a different URL, you’d also need to update the default routes for the same. When compared to other frameworks, Symfony, for instance, CakePHP has this disadvantage.

Compared to Laravel and CodeIgniter, CakePHP is more difficult to learn and understand.

Codeigniter vs Laravel vs CakePHP vs Yii – A Comparison Table

The Final Word- Who’s the Winner?

Word of advice- In battles like this one, there’s never a winner.

So far, you’ve understood what each PHP framework that we discussed here has to offer to you.

CodeIgniter owns the credits for several finished PHP projects. Laravel seems to be the most popular and advanced among all four. Yii is the preferred choice, a dominant package in fact, among the developers of China and Russia. And, CakePHP is a strong contender for Laravel as well as a superior force than CI and Yii.

But, you ask, which one’s the best?

All of them. And, none of them. The trick is to lock in the right software package for the right job.

For instance, use Laravel if you’re looking for a package that ’s easy to use and offers faster prototyping.Or, use CakePHP for an almost equal experience as Laravel but at reasonable prices. Whichever you pick, before you select any, make sure you need them.

You see, in the end, it is not merely about which choice is the best; it’s about the option which makes the most sense in the current moment and the long-term.