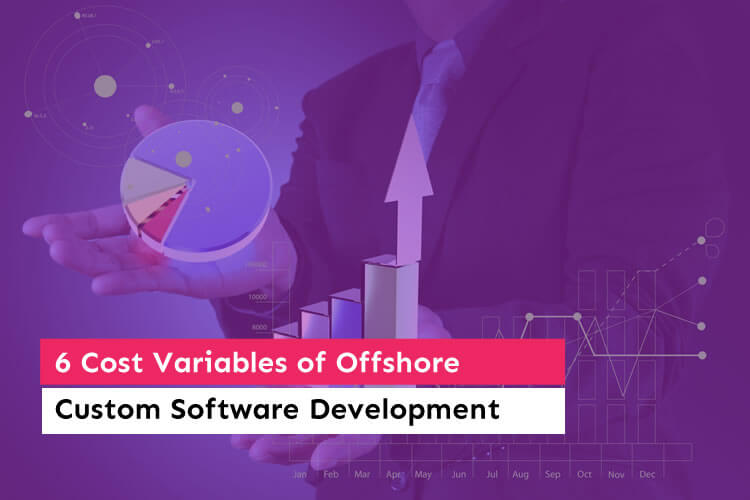 After weeks or months of researching, you have finally decided to invest in offshore custom software development to advance your business and run in the same league as other successful companies.

Now the first question that pops in your head is, “how much does it cost to get a custom software application developed? Followed by is the cost fixed? Can it be estimated accurately down to the last dollar? Is there a way to reduce it?

Give your mind some rest and stop being concerned about the hows and when of the process.

In this blog, we discuss the 6 major factors that influence the cost of custom software development.

Now let’s address the elephant in the room; what does custom software development cost? The correct answer – it is not possible to estimate the total cost at once as there are many variables at play.

The most popular platforms to deploy custom software are Android, iOS, Linux, windows, and mac. Android has captured a significant percentage of the market, including different devices like smart wearables and appliances, and laptops as android have a vast user base, so you need robust software to support scalability and uninterrupted performance.

In terms of what this will cost, let’s look at this from a business perspective. Say you choose android as the first platform for deployment because of your consumer base, and now you want to expand to iOS. Now iOS is a different native development environment than android, which will need different expertise and thus a separate team.

Cross-platform development is a better alternative where a single team reuses the code in different environments, reducing the cost significantly.

The complexity of software mainly consists of coding, testing, and features. As a general rule more the coding and testing, the higher the development cost.

Also Read: Biggest Offshore Development Problems (And How to Solve Them)

Furthermore, aesthetics and functionality are the two most significant variables which decide the final cost of software development. If you want to create software with minimal aesthetics focusing on essential features, it will cost less. On the flip side, if you optimize aesthetics, it will cost much more than usual.

Integrations of Other Systems

Integration of third-party APIs adds more functionality to a software application. But here is a glitch, the internal software environment must be compatible with the third-party API. If there are compatibility issues, it takes a lot of effort and time to get it right, resulting in increased cost.

For instance, if you want to integrate WhatsApp and Facebook both in the custom software, it must be compatible with both external apps. If not, it doesn’t just increase developers’ execution but also the cost.

The moral here is, more third-party integration might lead to elevated cost.

Securing the existing data on your systems is crucial while migrating to custom software. You don’t need to fret about it. Expert custom software developers seamlessly integrate the old data without losing critical information during migration. They move data among formats, locations, and systems while ensuring quality.

But if not executed well, data migrations might cost a lot to your business. To avoid such heavy costing, create a backup of the entire data.

If this all sounds a little complicated, feel free to consult our leading offshore software development company  to save your business a fortune.

Although more designs can spike your custom software development cost due to increased development efforts.

The midway here is to pick a simple and elegant design interface to facilitate easy navigation for users. A swift design is recommended to create an efficient user interface in moderate pricing.

Agile methodology is a modern software development approach where there are sprints of continuous testing and development through the entire workflow of the project. Both product development and testing are simultaneous, which speeds up the development process multifold.

Choosing an agile development approach over old and slow-paced methods is much more cost-effective. It saves time and effort while promoting faster time to market.

Reading the entire post, you get that there is no exact way to estimate the cost of a custom software development project as it rests on the features mentioned above. It is essential to consider them while preparing the final budget of the offshore project.

Another aspect that impacts the success and pricing of a software project is the developers. Well qualified and experienced developers are key to reduce the costs of software development projects.

Hire expert custom software developers  to rethink your strategy and minimize your next offshore IT development project losses. 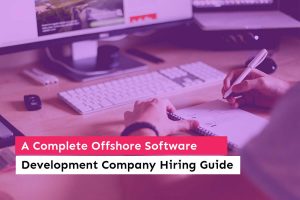 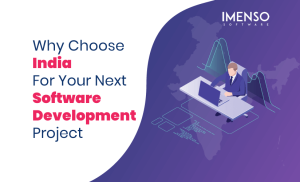 Why Choose India For Your Next Software Development Project