In spite of this, the web is filled with comparisons between native and progressive web apps. Obviously, for a mobile app development company, there is still enough merit in this comparison and the strengths and weaknesses of both types of apps deserve a deeper attention.

The most obvious difference between these two apps is that while the native apps are developed particularly for one mobile platform, progressive web apps are like pinned down web pages with certain native characteristics.

Native apps whether built particularly for IOS, Android or Windows platform make use of all the developer tools provided by that operating system and easily makes device functions available for the users. In complete contrast, progressive web apps are coded in a way so that they can be used through a web browser. Though they have a look and feel like native apps, they have much less access and control over the device functions and hardware. 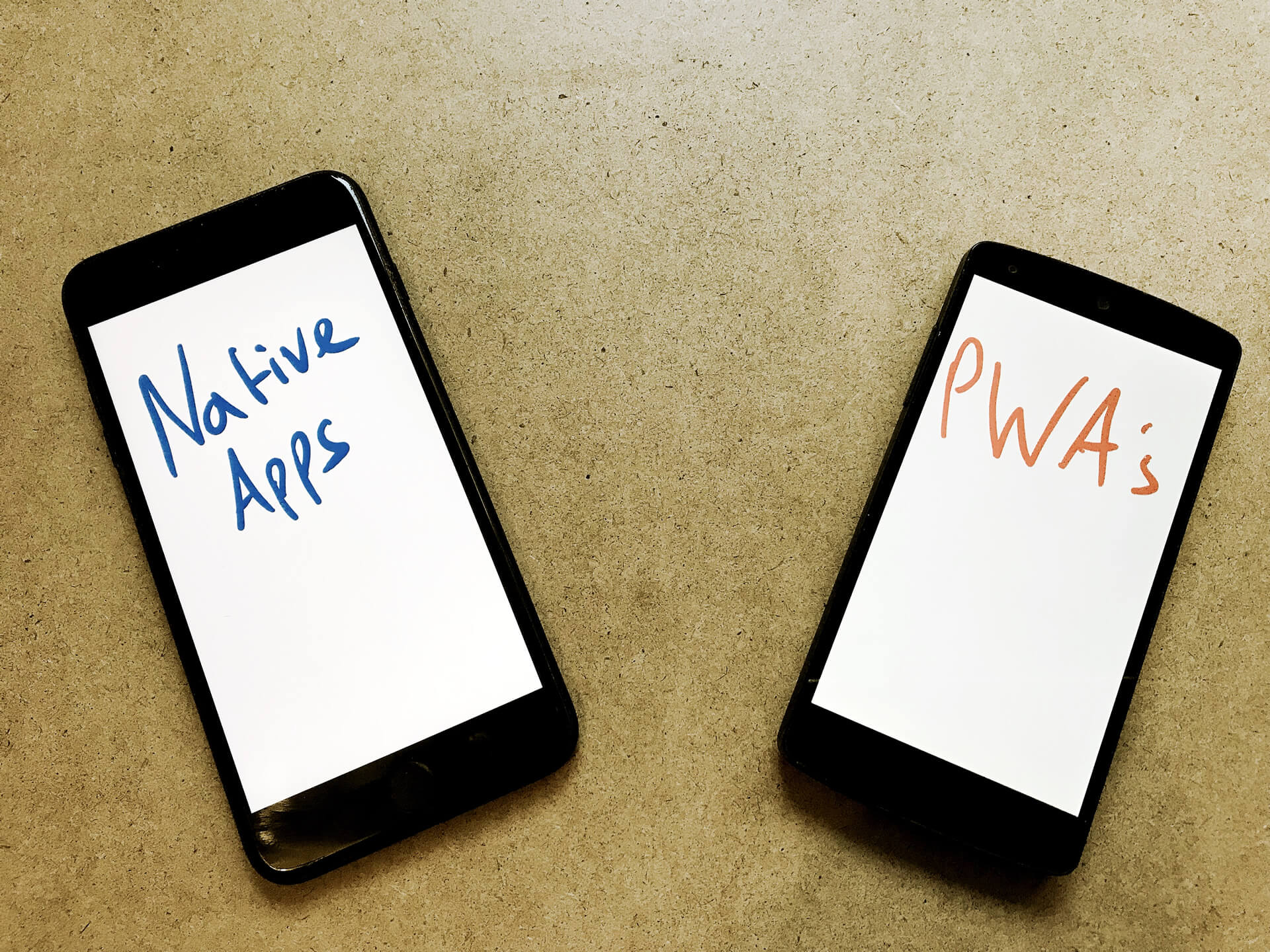 The key advantages of the Progressive Web App

Progressive web apps are websites that act and behave like native apps. When working within it with the browser in fullscreen mode you won’t feel to be working within a website. Though there is a limit to this native feel especially when it comes to accessing device functions, the progressive web apps are embraced by many businesses to avoid the complexities involved in building native apps for different platforms while staying very much alive and performing as a website with the look and feel of a native app.

Let us have a look at the key advantages of progressive web apps.

Progressive web apps may be lucrative for compatibility and easy access, but when it comes to utilising device functions to their fullest potential, native apps lead the show. Built separately for every OS platform native apps enjoy better usability with device functions.

Here below we explain the key advantages of native apps.

Native apps are faster: As the code of the native app is written for a particular device platform, there is no involvement of a third party app like the browser which adds latency to the user experience. This is why native apps work much faster compared to progressive web apps that open in the browser.

There is a scope of GEO-fencing: Geo-fencing is a feature that allows app marketers to track users movement outside of a virtual location boundary. In combination with push notifications,t his works as a powerful marketing tool for the retailers and marketers. Geo-fencing requires input from device location sensors and this makes it typically a native app feature.

NFC Support: NFC or Near Field Communication is another protocol that enables your phone to detect nearby NFC chip to process payments directly from the device. Any store accepting digital payments can get payments processed through NFC supported digital wallet or payment apps. NFC payment processing feature requires input from mobile device sensors to detect nearby NFC chip and that is only possible with a native app.

Interaction of native apps among themselves: Just consider how an app makes it easy by allowing you to log in with Facebook or how you can use a photo app for instant Facebook uploads. Such interaction among various apps is a huge boost to the user experience.

Effortless, dynamic and responsive user experience: Features like a proximity sensor and ambient light detection aren’t necessarily need-to-haves, but they are the kind of things that make your smartphone smart. Native apps adjust light and brightness to the ambience and when you choose to turn off the background operation for any app, those app stops working in the background saving both battery power and CPU power. Native apps thus smartly synchronise with controls specific to the device and OS.

App stores are powerful marketing channels: Progressive web apps are basically websites that can only market themselves through search engines while the native apps have their respective app stores for marketing. So, any business having both responsive websites and native apps can actually have the push from two robust marketing channels, namely, search engines and app stores.

Progressive web apps vs Native apps: Which is ideal for me? 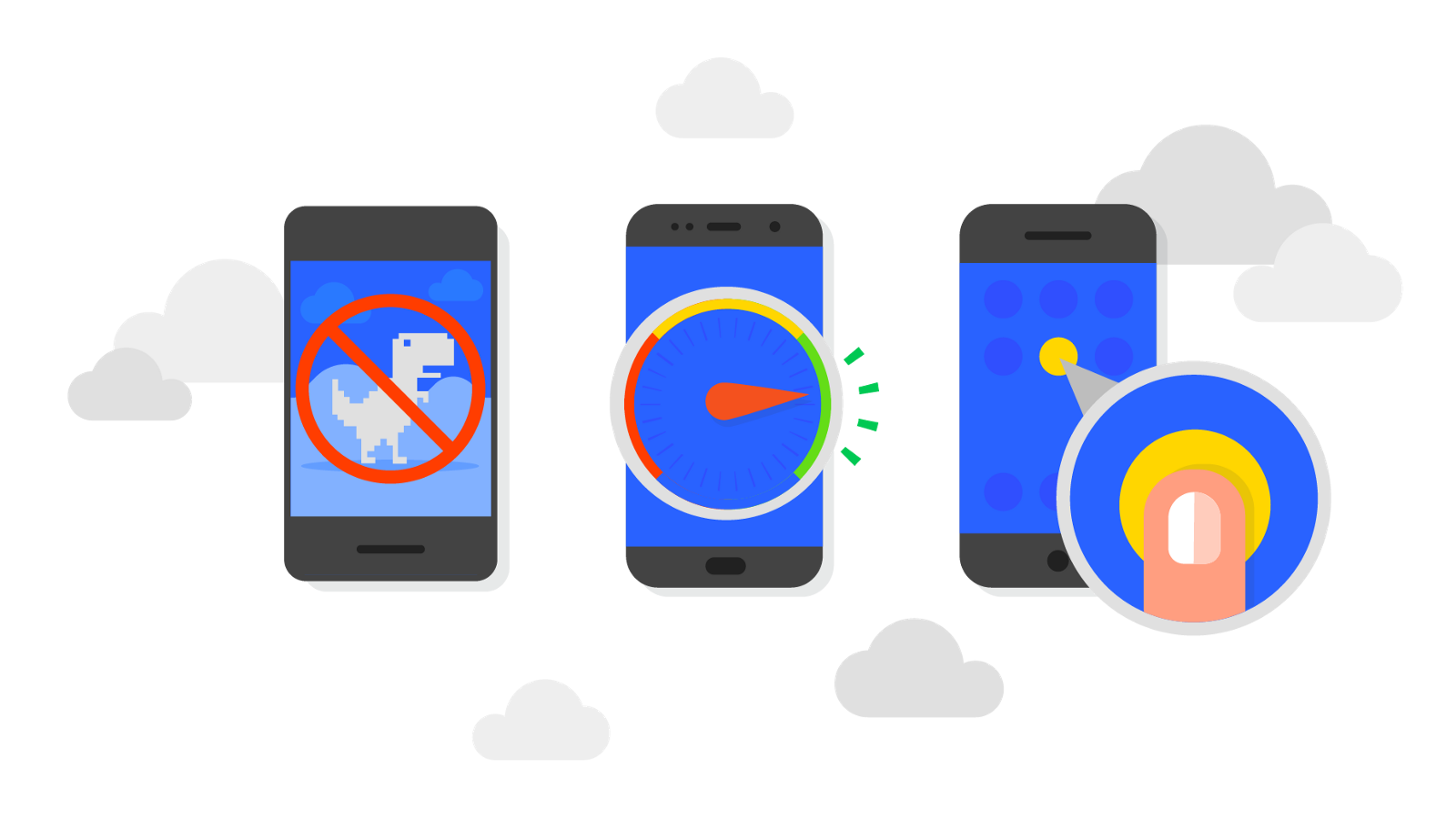 Now that the positives and negatives of both sides are known to us, it is the right time to come to the bottom line. Which is ideal and for which situations? Obviously, both native and progressive web apps just do not fit into all user scenarios. Let us explain some of these scenarios and the kind of app that fits them best.

To give your website the first look and feel of a mobile app: You have a business website and you wish to make it feel like a mobile app. You just do not want to go through all the hassles and hazards of native development including the huge development budget. On the other hand, keeping your mobile users in mind you want to build a web app with a native look and feel. Well, in such cases progressive web apps come as a lucrative option for you.

Rolling out a low budget app: Building native apps for major mobile platforms including iOS and Android involves great effort, considerable cost and time. Often small businesses and startups cannot afford to delegate such funds and efforts to conceive a mobile app project. This is where rolling out a progressive web app can help.

Building brand credibility: For a business which is aiming for brand credibility and consistent brand following native apps work best. Getting a good App Store and Play Store ranks and ratings and being featured in respective stores can boost your business brand just within a short space of time. Any business that requires outshining competition through rigorous branding will find native apps better.

Creating multiple-channel presence: A website whether it appears as a responsive and mobile friendly one or as a fully-fledged progressive web app depends on search engine ranks for more visibility and customer engagement. On the other hand, app stores or app marketplaces are credible channels for boosting visibility and user acquisition. If a business is focused on creating a multi-channel presence, both the web search engine and app stores are inevitable choices.

So, there is no better or worse as a decision to choose any of these two types of apps. It entirely depends on your business objective of the moment, planning, budget and how you want to shape a digital future for your business in the long run. Creating a progressive web app to target the vast majority of mobile web users besides targeting app stores for a long-term brand awareness and building loyal audience, ideally, both should go hand in hand.